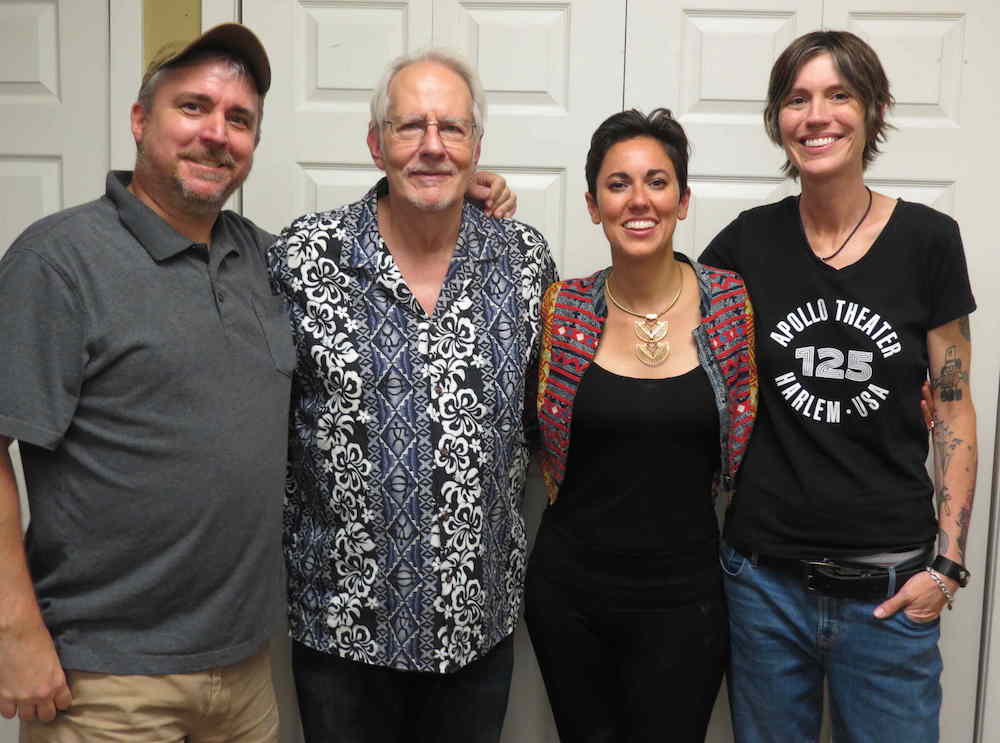 Multi-ethnic Latin pop songstress and award-winning Austin-based musician Gina Chavez never thought she'd see the day when two women could marry in Texas. Then again, she never thought she would marry a woman. "Heaven Knows," a track "steeped in slow-burn soul and uptempo R&B, "the first single off her upcoming five-song EP, Lightbeam, holds a very special place in Chavez's heart as it delves deeply into her personal relationship with her wife, Jodi Granado, and the journey and hardships they've undergone to be able to publicly express their love. For her latest record, the 10-time Austin Music Award winner and 2015 Austin Musician of the Year traded her acoustic guitar for the smooth tones of a Gibson hollow body, and called upon producer Dwight A. Baker to lay down five soulful and diverse songs that expand upon her previous work. Fresh off a 12-country tour as an ambassador with the U.S. State Department, Gina recorded the new EP in October 2017, in just eight days at Matchbox Studios in Austin. The EP features some of Austin's finest musicians on five unapologetically personal tracks that explore longing, faith, beauty, and sacrifice. Gina Chavez's new EP, Lightbeam, comes out Friday, September 14. The official release party takes place at the Seventh Annual Niñas Arriba Benefit Concert on Saturday, September 15, at Antone's in Austin. Photo above: From left, Rag Radio's Tracey Schulz and Thorne Dreyer, guest Gina Chavez, and Rag Radio's Suzy Shelor at the KOOP studios in Austin, Friday, September 7, 2018. Photo by Roger Baker / Rag Radio.Rag Radio is produced in the studios of KOOP 91.7-FM, an all-volunteer, cooperatively-run, solar powered community radio station in Austin, Texas, in association with The Rag Blog and the New Journalism Project, a Texas 501(c)(3) nonprofit. It is streamed live on the Internet at KOOP.org and Radio Free America. The host and producer of Rag Radio, Thorne Dreyer, is a prominent Austin-based activist and writer who was a pioneer of the ’60s underground press movement. The show’s engineer and co-producer is Tracey Schulz and the staff photographer is Roger Baker; Suzy Shelor is Rag Radio associate; Alice Embree is guest host; and Glenn Smith is our political analyst. The syndicated show is broadcast (and streamed) live Fridays, 2-3 p.m. Central) on KOOP, and is later rebroadcast and streamed on WFTE-FM in Mt. Cobb and Scranton, PA., on Houston Pacifica's KPFT HD-3 90.1, by KKRN, 88.5-FM in Round Mountain, CA, and at WALHRadio.com in Wilmington, OH -- and as a featured podcast at Veterans Today. Learn more about Rag Radio here.

Uploaded by RagRadio on September 9, 2018